You are the light of the world. A city on a hill cannot be hidden. Matthew 6:14

With 38 people living in the guesthouse this week, there is guaranteed to be some tiffs and battles. And the first one broke out this morning. No it wasn’t about loud snoring or someone using someone else’s toothpaste or a pair of dirty bare feet reaching out to touch your bare leg (cough cough Bob!). 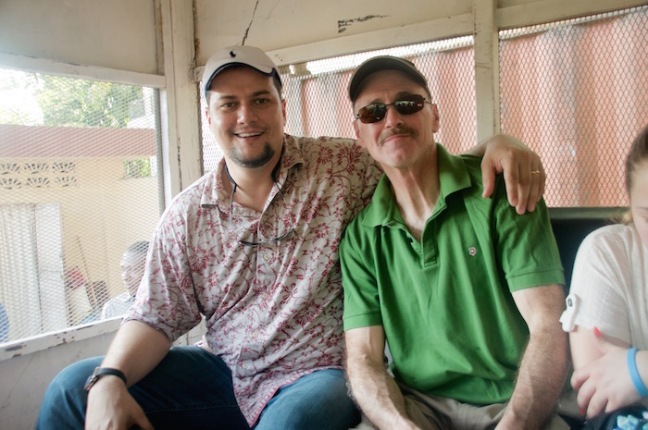 It was about the most delicious, most yummy bacon in the world. There are no dibs allowed in the breakfast rules. Whoever gets to the bacon first wins. However, since we are the Jesus-following Christians we are, brotherly love took over and the bacon fight ceased. To be continued… 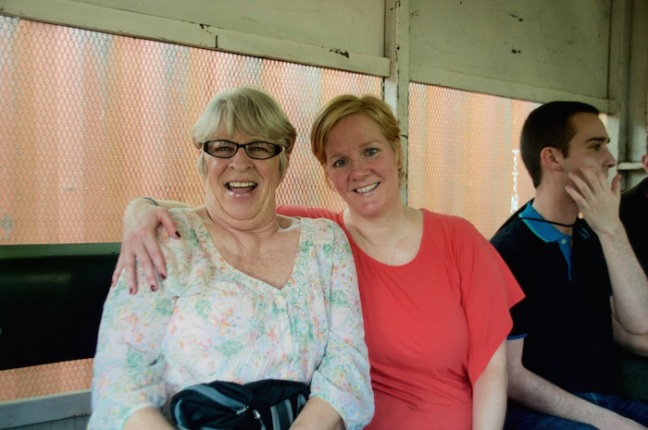 Filled up on pancakes and bacon, we packed into our cattle car and clown bus, and departed for church in Zoranje. Along the route, the people of Haiti were out and about, dressed in their Sunday’s best. It put our t-shirt and jeans to shame.

The views of the land were breathtaking. God, our Creator, is just so amazing. It made the oh-so-rocky ride through the mountains to Zoranje oh-so-worth-it! 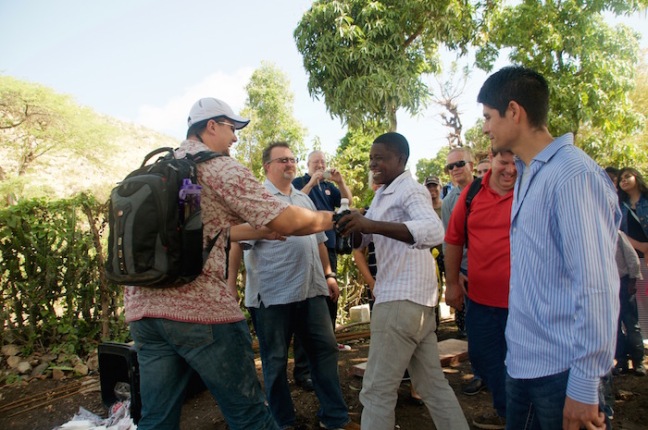 With the church’s bright green roof peeking out through the mountains in the distance, the clamor of the Holy Spirit in our hearts escalated. After pulling in to the grounds, we checked out the start of the school’s foundation. We imagined little Haitian children laughing and running around from classroom to classroom. The education that they will be given continues to be that beacon of hope for this country. 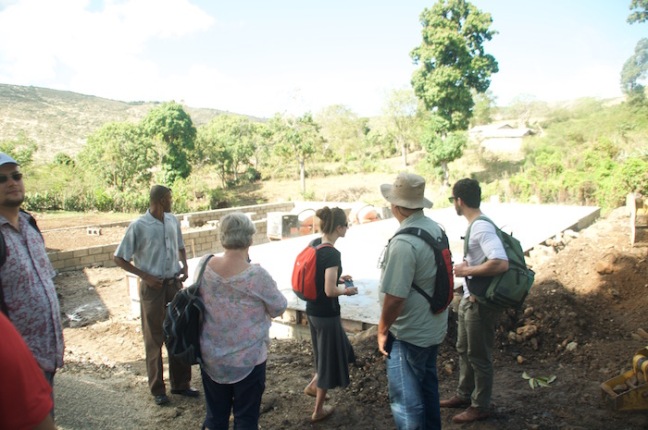 A few of the girls reluctantly headed over to the makeshift outhouse. We huddled together, trying to figure out who was going to be the first brave soul to enter. 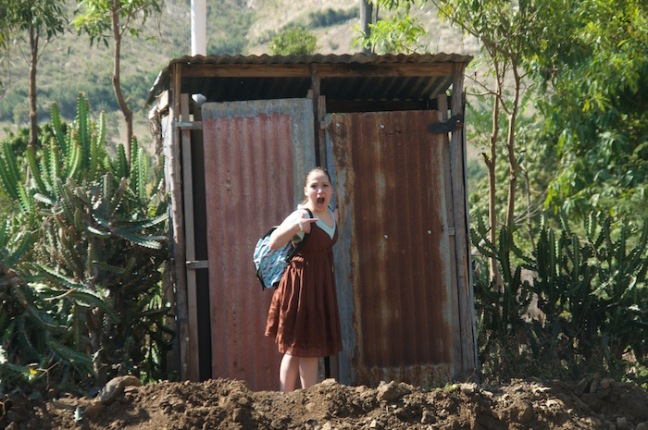 After that we piled in to the back rows of the church, joining in on the sweet sounds of their worship. And by joining in, we clapped along with the beat. Even though we couldn’t understand Creole, we knew they were praising our one true King!

It was such an honor to have taken communion alongside our brothers and sisters in Christ. Although we are from different places, we are still family. We all live under the grace of our merciful God. He sent His Son to die for each and every one of us. And we got to honor and be thankful for His sacrifice together. 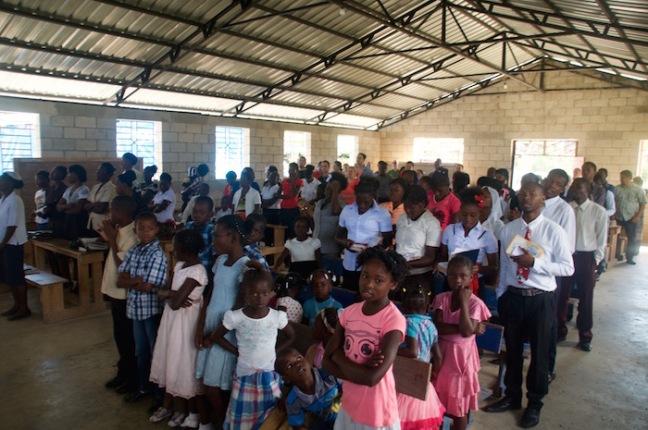 Monte, the President of the LABI went up to the front to thank the pastor and the church for having us. He talked about how Zornaje is that “city on a hill.” We came because Jesus has called us here. Not just to build buildings, but to build people. These people need to know Jesus. And in Zoranje, people will come to know Jesus.

Franz, the Pastor at the church spoke about 1 Samuel 16 and how God doesn’t look at outward appearance like man does. He looks at man’s heart. It was a very encouraging message for those whose hearts seek after Him. God qualified David, “a man after God’s own heart” to be a leader of his people. He blessed him with wisdom and courage.

A few of the “veterans” were reunited with some of the church members and Team Haiti workers. Manya and Renu hugged each other like they were long lost friends. They already had started to plan their football fun during break time this week. 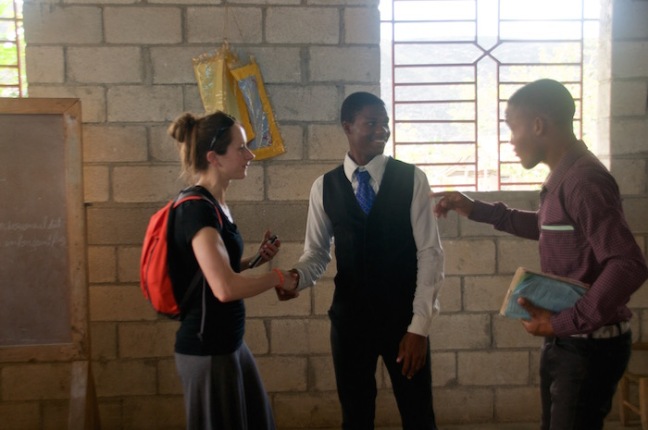 We said our “see ya laters” and headed for our afternoon of shopping, First we stopped at the side of a cliff for our lunch break. Typical lunch break, no big deal! We munched on our PB & Js and turkey and ham sandwiches, overlooking the mountains and the ocean. It was so breathtaking we almost choked on our sandwiches.

Satisfied and no longer cranky, we headed to “Tin City.” We knew we were there when he heard the clinking and clacking of metal against metal. We split into groups and headed into little shops, checking out the handcrafted metal pieces. Everything was so beautifully made. 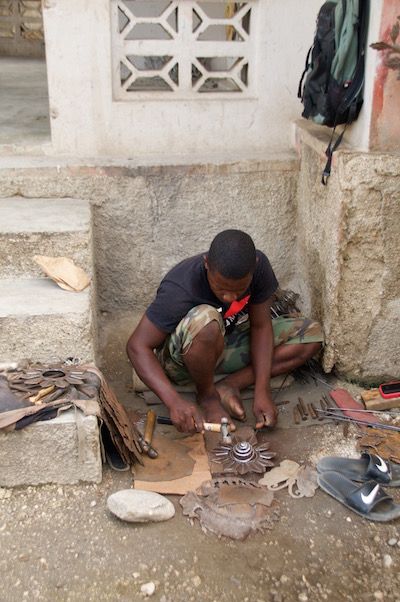 We had fun, haggling prices with the shop owners. Monica was particularly skilled at this, as she continued to win deals for everyone in her group. She was on fire! 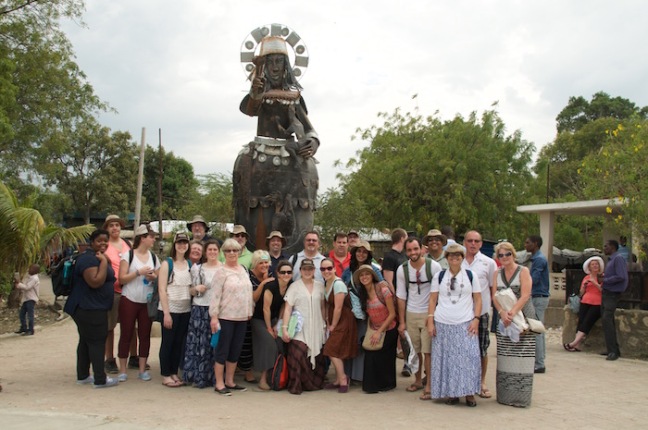 Back at the guesthouse, we hung out on the patio, continuing to get to know each other, patiently waiting on dinner. With all that shopping, we really worked up an appetite. A few of us had more than seconds and we devoured dessert. But it will work to our advantage because we will need energy for the workday. Well at least that is what we are telling ourselves to make us feel better about the 10 pounds we will be putting on this week.

Tomorrow is workday number one. Woot! We are excited. The college kids from the LABI Crew and UVF United will be doing some VBS with the children in Zoranje. While Team New Life will be manning the construction tools and building blocks. Wait… that doesn’t seem right at all? Shouldn’t the youngens be doing all the manual labor? WE NEED PRAYERS!!

Please continue to pray for our missions team and for the people of Zoranje. We will be relying on God to strengthen us and keep us safe.