And Joshua said to them, “Pass on before the ark of the Lord your God into the midst of the Jordan, and take up each of you a stone upon his shoulder, according to the number of the tribes of the people of Israel, that this may be a sign among you. When your children ask in time to come, ‘What do those stones mean to you?’” Joshua 4:5-6 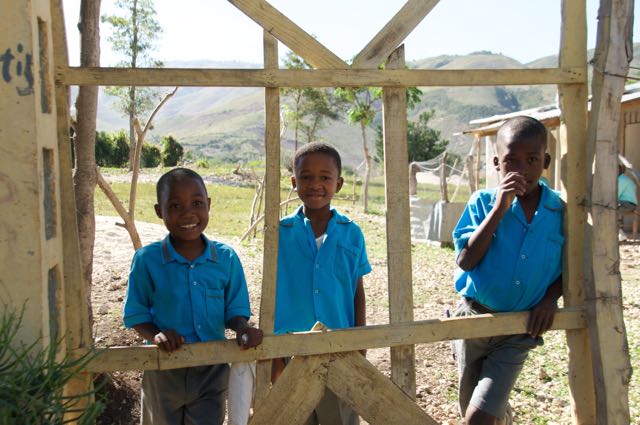 We know you get just as excited as we do and you are all waiting to read that we had bacon for breakfast. Sorry, not this morning. But our oatmeal with honey, mango and cinnamon raisin toast hit the spot.

God had blessed us with one final workday up in Zoranje. Getting in to the cattle car and the clown bus, we felt like we had been there for months, but that it went by too quick. We were construction veterans… of the cake laying, mud slinging, and gravel shoveling kind.

Our morning devo was done by Pastor Paul from Shoreline Community Church in Branford, CT. Before heading in to the church, he told us to grab a rock. He told us the story about Moses and the promised land; how he wandered around for the desert for forty years. And then his relatives wandered for forty years. Paul ended the story talking about how Joshua had finally brought them in to the promised land. Paul concluded his message relating the pillars of cloud and fire to our lives. God clearly performs miracles for us. And we see how great He is. Yet we turn from Him. The rock that we had picked was to remind us when we go back home about what God was doing here. Because we may forget. Sometimes as Christians, we tend to keep following Him and remembering what He has done and then we deviate from that narrow road.

Our VBS crew had the biggest group of kids today! Word had grown throughout the village about the fun activities. The clown skits continued. Yung and Randy did such a great job acting as the prodigal son and the father. And Djibouti the Clown gave the kids their final memory Bible verse. The fun continued learning the song “Deep Cries Out” and all of the motions that go along with it.

And you can’t have a clown party without… animal balloons! The kids went crazy for all the dogs, rabbits and we don’t know what creatures a few of those were.

THE ROOF HAS BEEN RAISED! Our A Bunch of Old Guys Team did such an awesome job getting the rafters and the metal roof sheets up on the right side of the school. Major big time props to Paul for carrying 166 buckets of sand and rocks. Yolanda and Jamie had challenged him with 150. If he lost, then he couldn’t have dessert tonight. If he won, they couldn’t have dessert. Well, Paul won and the girls still had dessert. 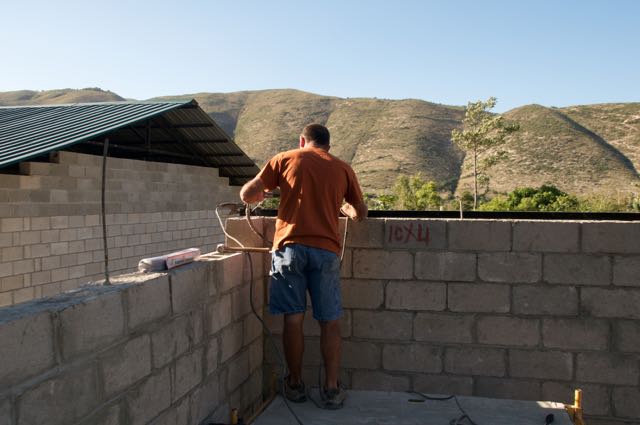 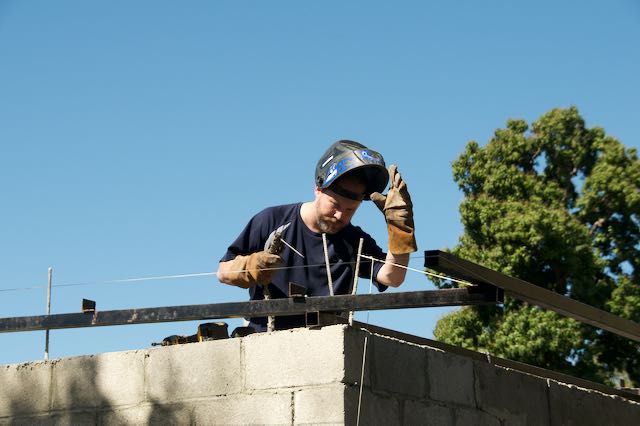 All week long, Lorna has been talking about the things she has done. She started out moving blocks and then transitioned to Team Gravel. After manning the concrete dryer machine, she helped sweep the school floor. She played with all of the kids. When the metal came in for the roof, she cleaned and painted them.

The one thing she was missing out on? Riding a donkey. So midmorning, Richard brought one in for her to ride. We were all laughing, taking pictures and saying that she took Uber Haiti to the worksite today.

Right before lunch, Manya and Monica decided to go up to the mountain top again to get photos of the church and the school. Lorna, Yolanda and Chrissy also wanted to go. They grabbed John the interpreter and set out on the road. John didn’t know what he was in for!

They made it to the top okay, grinding out each step up the mountain. The girls were all surprised by Lorna for dominating such a rough course. At the top, they admired the view, took some selfies and photos of the school. They took a few minutes to pray for the school and the people of Zoranje, as they held out our hands in that direction. 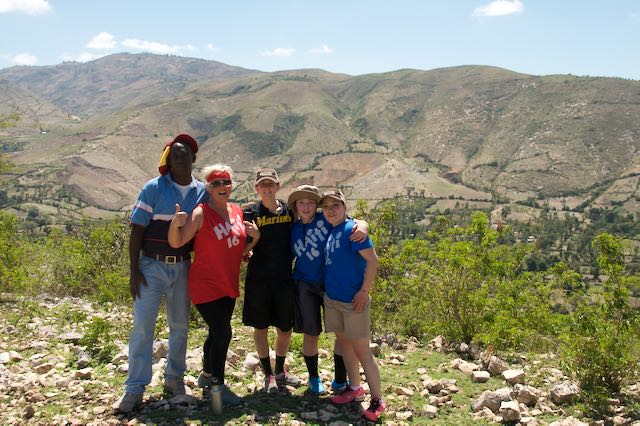 John made the executive decision to keep going and go down that side of the mountain towards the school, instead of going back the way they came. Like we said, he had no idea what he was in for. John guided Lorna. Chrissy and Yolanda stuck close together. While Monica and Manya headed up the rear. As they got closer to the bottom, the rescue squad came in to get them. A few of the neighborhood kids, helped them down, step by step. Just in time for an amazing lunch of rice and beans and beans and rice.

The final workday came to a close. We cleaned up, took a group photo inside of the school and had a team huddle under the mango tree. The pastor of the church spoke, along with John translating. Pastor Andy and Richard also said their share of thank you’s and God bless the church.

And then we said our goodbyes. The girls in our group gave out the goodie bags they made for the women who cooked lunch for us. We hugged our fellow Team Haiti workers. And packed into the cattle car and clown bus to depart Zoranje for the last time this week.

The ride back was just like every other. Except we were already missing Zoranje in our hearts.

Zoranje has become “the city on a hill” in so many ways. Physically but most importantly spiritually. God has blessed the people here and He will continue to call upon us to do His work.

We called. God answered. We loved. He moved. 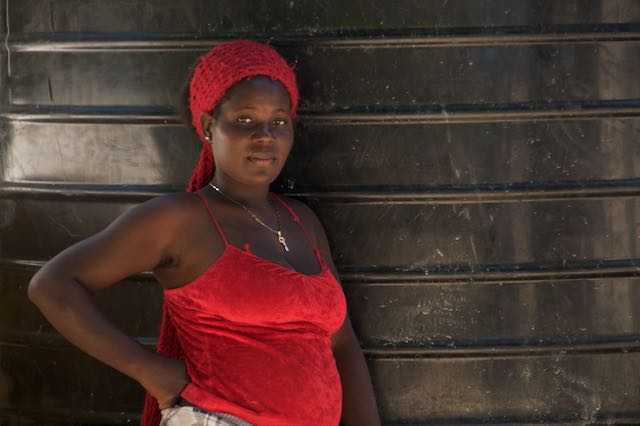 Tomorrow is our day off from ripped construction gloves, inhaling pounds of sand dust, and scraping off layers of cake and mud. We will trade those in for a team building fellowship in the mountains.

Please continue to pray for our team, for the people of Zoranje, for the kids and for the school. Pray for Richard and Team Haiti, so that they can finish the left side of the school. Class will soon be in session!

We built a school!