Building Community:  Philemon 1:6 – that the fellowship of thy faith may become working in the full knowledge of every good thing that [is] in you toward Christ Jesus…

Oatmeal day… no other words needed… A renewed energy within the team… This is our last work day in our adopted community so it will tug at our emotions as we say goodbye to our Haitian family… but lots to do before we go!

Another beautiful day on the mountain.. Team Roof had the main panels in place and put the cap pieces on just after lunch. That allowed us to put some block in the end area and level off the front entrance to the school building.

Because of the national holiday today, team med had the clinic in the larger space of the church, which allowed them to spread out. Nearly another 100 people seen by out medical team.. Such a great response from the community. 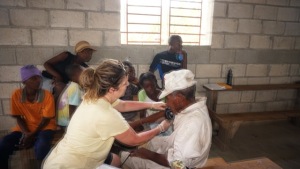 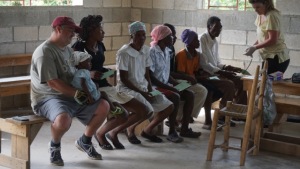 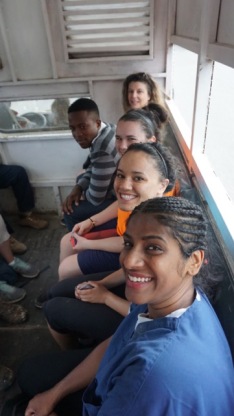 Team sand and gravel as well as team med ended early after lunch and were able to branch out and connect with our neighbors. Such emotions as we were invited into their homes and prayed for them and their families… 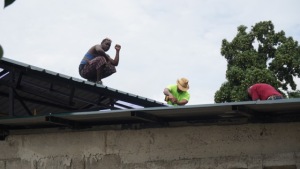 A longer walk allowed some to see the extended area that we are now serving, each time we were greeted with smiles, waves and hugs. This really is becoming our family away from family. 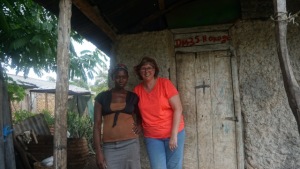 We bought a goat today that will allow a young man (13 years old) to attend our school for the rest of the year and into next year as well! God is opening doors and opportunities for us to be a blessing to these grateful brothers and sisters in Christ. 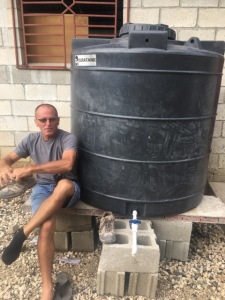 We were finally able to get some things done for the bathrooms that will be built next week on the backside of the school. We finished digging the septic and laid the blocks that will support the floor. The toilets (6) were ordered and the electric water pump for the well was also ordered that will pump water to the bathrooms and sinks. These will be the first toilets and sinks that many of our community has ever seen or used. They will be finished up next week and a 500-gallon water tank will be installed on the roof. It doesn’t sound like much but these bathrooms will change the whole way of life for the community.

A tearful goodbye as we hugged and smiled and shared the joy of new relationships and strengthen old ones. The opportunity to pray for encourage and remind them we’d be reunited in a few months was a comfort as we left for the final time on this trip. Simply a rewarding time again as we impacted many lives through this trip… But most of feel that we have been equally blessed to be a small part of something huge God is doing in this part of the vineyard.

Testimony Time: Enauw and Laurant are brothers-in–law. Laurant is an elder in the Zoranje church. Before we started the Operation Hope project he toiled as a farmer barley able to feed his family of 6 (three beautiful kids under 8 and another on the way)

Enauw also lives here in the community and had no work and no relationship with Christ. He lives across the street from the church and now works for Richard and is part of the church family. 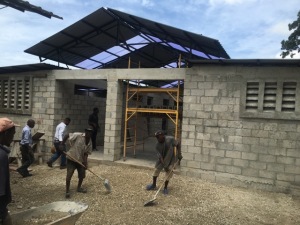 A couple of weeks ago the team was in need of 600 cement blocks but the nearby supplier couldn’t get them for two weeks as his orders were backed up… Laurant and Enauw asked Richard if they could get the blocks, would he buy from them? Of course Richard said yes and the two men put a plan together… That afternoon after their days work on the job site they went and rented a brick mold, had materials delivered and over the weekend made the 600 blocks and had them onsite when the team arrived for work on Monday… With the money they made from the blocks for Operation Hope they set up a block making business across the street from the church and are now selling 200-300 blocks per week so their neighbors can buy from them instead of going down the mountain for block! To God be the glory… Transforming lives… One community at a time!

Stayed tuned… Another team will be in Zoranje to carry on the Zoranje project… If you are interested in being a part of the project please send us an email and we can get you plugged in.  HYPERLINK “mailto:apatton@newlifect.com” apatton@newlifect.com